After one month of drafting and revisions, we’ve reached our climactic conclusion! The end of this #WriterInMotion session fills me with an assortment of emotions. Joy for all the new writer friends I’ve met. Sadness that this journey is at an end. Gratitude for the writers and editors who dedicated their time to providing me with feedback. Pride at what I was able to learn and accomplish. Wonder (and a touch of envy) at all the incredible stories my fellow writers were able to craft. And finally, hope that other writers have been inspired by this event and that it’s not the last we’ll see of #WriterInMotion.

After last week, my short story was sent off to the wonderful Justine Manzano for her professional take on what I could do to improve upon my story. Her biggest critique and suggestions were around my opening. And boy do I agree the old one needed help! I’d wracked my brain for days trying to think of how to start it, but I kept hitting a wall. This is why editors are so important. They can see the things that we can’t and help us navigate through the mess to find nuggets of gold. Justine gave me the great suggestion that my story would have a stronger start if I skipped a few sentences in to where we get to the first action point (Jane examining the wood dug up from the wreck). The information I’d originally started with was not only cliché, but unnecessary at that point. Those bits of backstory were better off woven into the story later, so that’s what I did.

I love that the new opening is no longer cliché, but still sparks questions and intrigue for the reader. The opening line is arguably the most important one too, since many readers make a decision right then whether they want to keep reading or not.

Many thanks to Justine for getting this story started off on the right foot!

One month ago I wrote out the first draft of The Clementine. It was a complete brain dump. While I had a vision for the story and where I wanted it to go, I didn’t do a formal outline or any other sort of plotting. I simply wrote and let the words flow out onto the page. There were typos everywhere, information dumbs, factual errors, poor word choices, tons of repetition… but, the story existed. You can’t edit a blank page, so I just let me imagination flow through my hands to get the basics of the story down on paper. The following weeks saw multiple rounds of revision via self-edits, critique partner notes, and professional editor feedback. All of that combine has led us to the final draft.

Before we get to that, here’s a comparison of my first draft and my final draft so that you can see how much this story has evolved:

You’ll notice that there are more changes in the first half than the second half. I find that to be characteristic of my larger works as well. The first half usually involves significantly more full rewrites and heavy revisions than the latter half. It takes writing part of the story for me to get to know my characters on a deeper level. Until I’ve walked in their shoes for a while, it’s hard to authentically tell there tale. I also have a habit of dropping information dumps in a first draft (just to get the information down on paper), so I typically need to parse those up and weave them back in during later drafts. The same was true for this short story as well. As I got to know the characters more an dig into their personalities, I adjusted their descriptions and reactions to things. I also had to parse up some of the backstory and move it around, or in a few cases, cut it completely.

Okay, finally, the moment you’ve been waiting for! Here’s the final draft of The Clementine!

Jane ran her hand along the chunk of coarse wood on the table, the first piece they’d dug up. Aged. Weathered. Testing at the university lab marked it for the right time period. It gave them the evidence needed to greenlight their permits and approvals for further excavation.

She bit her lip to hide the grin threatening to spread across her face. Finally, they’d uncover the wreck of the Clementine and its legendary fortune.

“Jane!” Adam called to her. Excitement laced his voice as he waved her over to the area he and his partner Miguel scanned with the metal detector.

They’d uncovered just the port side of the ship so far, buried under layers of sandy soil and grown over with brush. Historical records claimed the ship was lost in a storm over 100 years ago. A fierce Gulf hurricane could have smashed it on these shores, dragging half the seafloor over it.

The blazing sun beat down on Jane as she raced through the marshy ground to their dig site. Broken edges of half-rotten planks bowed out from the muck. The ping and beep of the metal detector in Adam’s hand grew louder, as did her racing heart. She slid over the earthen wall they’d constructed to keep the tide at bay, uncaring of the dirt and muck that smeared onto her clothes.

“What have you found?” Jane gasped, nearly breathless with anticipation.

The rest of their crew gathered around, waiting with eager eyes for the treasure to be uncovered.

“We thought you should have the honors.” Adam winked.

Miguel held out a short spade and nodded to the shallow hole at his feet.

“It’s reading as iron,” he continued. “Just a few inches down and large.”

“Iron…” Not gold. Jane couldn’t hide the press of her lips as she grasped the tool.

“A chest,” they blurted at the same time. The iron of a chest could shield the signal of gold below.

Jane’s momentary disappointment vanished into a burst of joy.

Four chests of stolen gold. The treasure they’d been searching for.

Almost ten years ago to the day she’d first heard the tale of the lost ship Clementine and its hoard of stolen Spanish doubloons. It sparked the passion which led her to archeology all those years ago. Today she’d finally make her mark on history. Maybe get a display in the Smithsonian. And the gold! Oh, the expeditions it could fund… once they repaid the loans for this one, of course.

Jane knelt next to the hole. The spade shook in her hand as she scraped away a layer of thick mud.

Slowly, carefully, she dug toward her goal. The air hummed with anticipation as her team murmured around her, shifting and craning to be the first to see the wonders below.

Salt teased her tongue as sweat rolled down her face. A mosquito buzzed in her ear. None of it mattered.

Jane’s head snapped up, locking eyes with Adam across the hole. His wide-eyed look and parted lips reflected her own excitement.

The world faded away as her focus limited to the object.

“Well… that’s great! Another piece of history uncovered.” He grinned, always the optimist.

Jane forced a smile in return, but her chest ached. Doubt slipped in, taunting her over another potential failure. She blinked against the sunlight that swarmed in as the others returned to excavate the rest of the wreck.

“Pass me that metal detector,” Jane said, rising to her feet and dusting off her pants. “We need to scan every foot of this site.”

Every beep and squeal of the detector sent Jane’s heart racing. This spot. This was it. Until she looked at the small screen on the device. Not gold. Another cannonball. Some chain. Nails.

They’d found everything they expected in this wreck on the Florida coast, except the treasure.

Miguel’s hesitant call sent her hopes soaring. Until she saw the deep frown etched on his tanned face where he crouched next to a section of the wooden hull.

She crossed the site to Miguel, dread building as he shook his head.

“I’m sorry, miha.” He nodded toward the section of the boat he’d uncovered.

He didn’t need to tell her the reason for his dour expression. Three letters stood out, carved deep into the wood with hints of dark paint still clinging to their boards.

The rest remained buried, but it didn’t matter. Her shoulders slumped; her throat grew thick. Dirty, worn nails dug into her palms as she wrestled away her disappointment.

It wasn’t the Clementine.

Somewhere along these shores lay the ship of her dreams. Buried. Almost forgotten. But not by Jane.

Another day. Another dig.

What’s next for Jane and company?

Many of you have asked about what comes next for Jane and whether or not she finds the Clementine. I’m excited to tell you that she does, and not long after this. That discovery further fuels her passion for discovering history’s lost mysteries and leaving her own mark in the history books. As a result, Jane sets out on a new expedition which leads to a story I hope to write one day. Here’s a short blurb describing what I envision for the first chapter or two:

Jane Andrews longs to make her mark on the pages of history. Finding the lost shipwreck, the Clementine, earned her and her team some notoriety, not to mention a chest full of valuable gold. However, stopping at one find was out of the question. Now Jane has set her sights higher—several thousand feet higher as a matter of fact—and joined the search for the lost Incan city of Paititi.

The night before their trek into the uncharted jungle mountains, the team is encouraged by the locals to take part in a tribal ceremony asking for the God of Death’s protection during their journey. Jane, Miguel, and Adam take part, though many of the crew scorn the local tradition. When morning dawns, Adam has fallen ill. Unwilling to leave his partner’s side, Miguel plans to return Adam to the city for treatment and catch up with Jane and the others later.

Soon after, Jane and company set out into the jungle. On the very first day of their expedition, the mountainside collapses, sending a ton of rock tumbling down toward Jane. She screams and closes her eyes, bracing for an imminent and untimely death.

Jane opens her eyes expecting heaven’s pearly gates. Instead, she’s somewhere else, face-to-face with a man she’s never met. Supay. The Devil. Hades. Anubis. Humans have given him many names, but in all forms he’s one in the same. He heard Jane’s prayer and saved her life. Only one problem… now she’s trapped in the underworld with her dark savior.

You knew I’d turn this story into a fantasy romance somehow, right? Look for it on shelves in Summer 2025! Maybe… I should probably write the book and land an agent first.

4 thoughts on “Writer In Motion: The Final Draft” 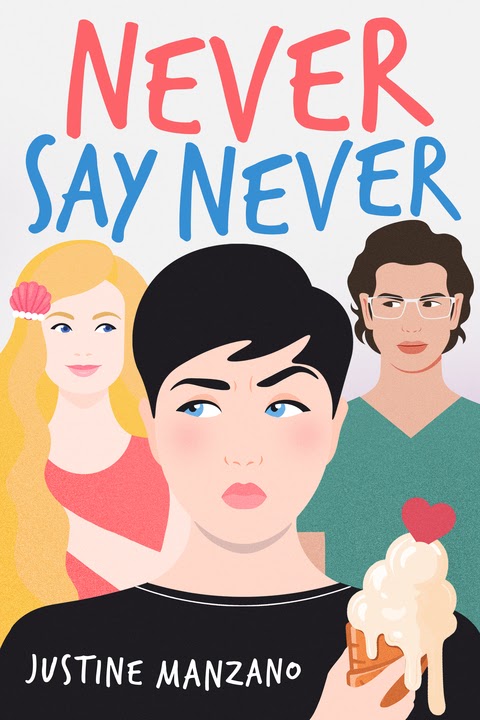